Founding Executive Director
Debra Leigh Scott is a multi-disciplined artist: a writer, playwright, screenwriter and singer. She founded Hidden River over 20 years ago with the belief that artists need to offer each other support and
encouragement in as many ways as possible. She is the author of a collection of short stories, OTHER LIKELY STORIES, and her other projects include PIETY STREET, the first novel of a trilogy, a few other novels in various stages of completion, a few plays, and a documentary film project, ‘Junct: The Trashing of Higher Ed. in America and a companion book of the same name, focusing on adjunct faculty labor abuse and the corporate takeover of higher education. Most recently, she is the co-founder/co-director of Cabaret Divas, which she established with her singing partner, Jean Brooks. 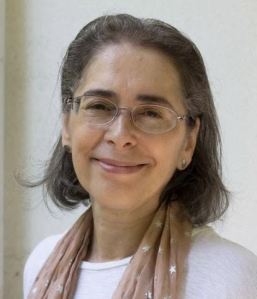 Miriam Seidel has designed the beautiful book covers for Hidden River Publishing now since our very first book was in development. She is one of the essential members of our publishing team.

Miriam is a multi-talented artist. Her own rich background in visual art, music, and dance has led to a range of projects from opera librettos, to fiction, to arts writing. Her fiction has appeared in numerous literary magazines, and she was librettist for the opera Violet Fire, about Nicola Tesla, as well as for The Judgment of Midas; her operas have been performed internationally. She has written extensively on visual arts and dance, and has worked as a curator, both in-house and independently. In additional to her work with us at Hidden River, Miriam works as a writer, editor and graphic designer for individual clients and organizations. More about Miriam can be found at her website. 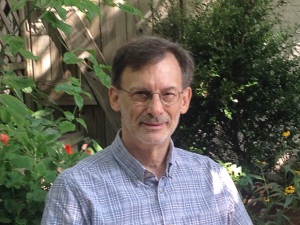 Without the amazing Doug Gordon, we would have no books. That’s the absolute truth. He is the brilliance and the brains behind turning the manuscript into a publishable work. Like Miriam, he is an essential member of our team.

Doug Gordon began his publishing career at Addison-Wesley outside Boston. Later he served as Project Manager at St. Martin’s Press in New York and as Managing Editor at the Institute for the Study of Human Issues, Philadelphia. Eventually Doug and his wife formed their own publishing-services company, P. M. Gordon Associates, Inc., with clients that included Houghton Mifflin, Microsoft, Cambridge University Press, and Elsevier. Along the way, Doug gradually moved from copy editing and production into developmental editing and then into design and typesetting, and he now supervises the company’s own imprint, New Door Books. He has published five books of his own in the career training field, plus two novels and dozens of short stories under a pen name. Since we’re sworn to secrecy about his nom de plume, you’ll have to suss that out on your own!

Brittany Loeffler tells us that she has been turning the pages of books since before her first birthday. Always an avid reader, she is never without a book, whether it is in her hand or her bag. While attending Temple University to pursue a degree in English with a concentration in Creative Writing, Brittany held the position of Creative Editor at the university’s literary magazine, Hyphen. Representing multiple genres through her writing of articles and blogs, she also takes joy in writing novels and short stories. In fact, she successfully completed the NANOWRIMO challenge three times. Though writing is her passion, she loves editing other writers’ work and giving feedback.

Brittany is a talented writer and editor. She’s also exceptional regarding the needs of a small arts organization to promote its programs; she brings a lot of much-needed knowledge of social media marketing and PR to our little tribe.

Daniel Carelli is an all-around creative character and computer guy who is one of our go-to men for the various issues of general IT maintenance. Dan has worked in theatre – primarily doing tech: theatre lighting and sound design. He also works in photography, glass art, and whatever kind of art-making interests him at any particular moment. He was a very scary yeti at Terror Behind the Walls at the Eastern State Penitentiary, where he often battled with the visitors to get their tiny flashlights back. One of the coolest guys in the world.

Leon is our other go-to tech miracle worker and all around amazing guy. “Multi-talented” barely covers it.  Actor, singer, IT-magician….and a STILT-walker! Maybe it’s because he comes closer to touching the stars up there on those stilts that he is always such an uplifting, power-of-positive thought person? One of the kindest, most loving people on the planet!

Hidden River offers a robust program of internships, and works with universities nationally to allow students interested in publishing, creative writing, arts organizations, to take part in our activities. We have an active and generous group of volunteers and readers who assist us in the reading and evaluating of the manuscripts, and the many events and activities and outreach we offer. If you are interested in taking part, please contact us with some information about your background, your interests, and your availability; we’re always happy to welcome new members to our Hidden River family!