Duncan Brady is an intern here at Hidden River Arts.  He is a fourth year student at Temple University studying, among other things, film and creative writing. This is the first guest post in a series, where Duncan explores some of the new, exciting ways of telling a story, and creating narrative. 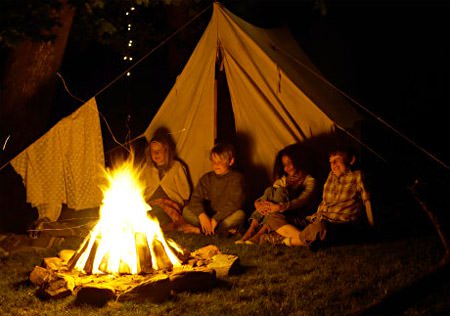 Why do so many people still dream of writing a book in their lifetime?

Seriously. Polls from the New York Times and Publishing Perspectives have shown us that around 80 percent of all Americans (myself included) want to write a book but only a small fraction of those aspiring authors ever even set out to actually do it.

Now, I’m not saying there’s anything wrong with people wanting to be a storyteller. In fact, it’s just the opposite. There are so many emerging forms of storytelling today that I just wonder why the vast majority of American minds are still hooked on this tried and true “American Dream” idea of publishing a book.

Despite our average daily reading time going down in the last several decades, WHYY online reports that print sales have been on the rise every year since 2013.

When I started looking around, though, it became quickly obvious to me that we are telling and consuming stories as a culture in far more interesting ways than simply reading ink off of a white page. (The irony of this written blog is not lost on me, of course). Whether it’s through spoken word, as in the famous Moth series, or the animations we’re so familiar with on YouTube.

Just last month, my friends and I reeled in excitement over the latest installment of the Netflix show, Black Mirror, which became the first streaming service to offer a fully interactive choose-your-own-adventure story for the screen. This movie, (or is it more of a game?) Bandersnatch, can last anywhere between 30 and 90 minutes and has over one trillion combinations of filmic experiences.

When I first played Bandersnatch, I found myself glued to the screen while I moved through the story almost a dozen times, spending nearly seven hours taking in as much of it as I could. It got me to thinking…

…Why aren’t we telling stories like this more often?

The more I thought, the more I realized that we really are telling stories in more interesting ways. Podcasting has become one of the fastest growing forms of storytelling in the last five years. The number of monthly listeners has more than doubled since 2013, and now, half of American households are podcast fans. (Podcast Insights 2018). Look no further than the episodic dramas, Serial and S-Town, or the metanarrative, Launch.

Beyond this, the average American spends over half of their household leisure time watching TV, a growing amount on streaming services and portable devices. Much of our other leisure time is spent playing games. Every year the capabilities of video game platforms increase, with higher demands for state-of-the-art gameplay mechanics, orchestral masterpieces for soundtracks, and innovative forms of storytelling to draw players into the experience. Here are the WatchMojo ranked Top 10 plots in video games. 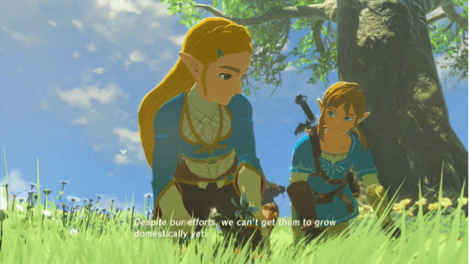 It doesn’t stop there, though. Users everywhere are creating thousands of hours of content every second on social media platforms, whether through the outdated seven-second storytelling on Vine (R.I.P), live self-broadcasting on Facebook, or publishing short stories on Instagram and Snapchat. Our lives and stories are everywhere. It’s difficult to look at our collective obsession with sharing and storytelling in 2019 and not say that we are making new and interesting work.

And yet, our growing culture of artists is struggling to find financial success in content creation. Why? Clearly, people enjoy these new storytelling forms, both as makers and consumers. There just aren’t enough people getting paid for their work. This is a huge problem! Artists and storytellers are constantly pressed for money, and, save for the lucky few, need to work additional jobs just to keep going. There needs to be a real change with what media is assigned monetary value if amateur artists are going to see that their dreams can be bigger than Harry Potter.

Yes. Bigger than Harry Potter. I think part of the problem with our aspirations as storytellers is our romanticization of literature as the acme of storytelling. I’d be lying if I didn’t say I dreamt of seeing my name on the spine of an old hardcover drifting around the shelves of a used book store in fifty years, but until we begin to show that we value these other forms of storytelling as much as we value the hardcover novel, the dreams of our artists are in danger of becoming stagnant.

What I think it takes is for you as the storyteller to find the medium that speaks to you. I’ve spent the last several years experimenting with as many story forms as I can, and I’ve been invigorated about my own creativity since taking that exploration. So, try something new. Branch out from the old pen and paper (or, more likely, finger and keyboard). More than ever, we have the capabilities as amateurs to create in whatever way we see fit. Let’s start a revolution of storytellers who are tired of a culture where we read, write, and repeat. For my part, I plan to come back to this blog a few times each month with a brand new type of storytelling to rant and rave about. Here, I’ll share everything I know about the structure, the content, and how to stay true to your artistic voice without giving up and backsliding into the “financially viable” story forms once again. If we both do our homework, we can make our artistic landscape a little less repetitive, and a lot more fun. Are you ready?